THE IDEA IS TO MAKE A DIFFERENCE EVERYWHERE YOU CAN

We embrace diversity and celebrate our differences.

We believe every team member has an important role to play.

We anticipate the needs of our guests and deliver beyond their expectations.

We strive to be upstanding members of the communities in which we serve. 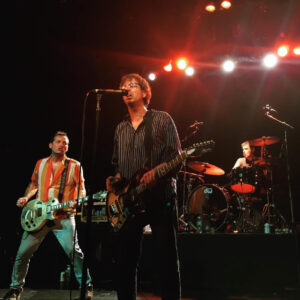 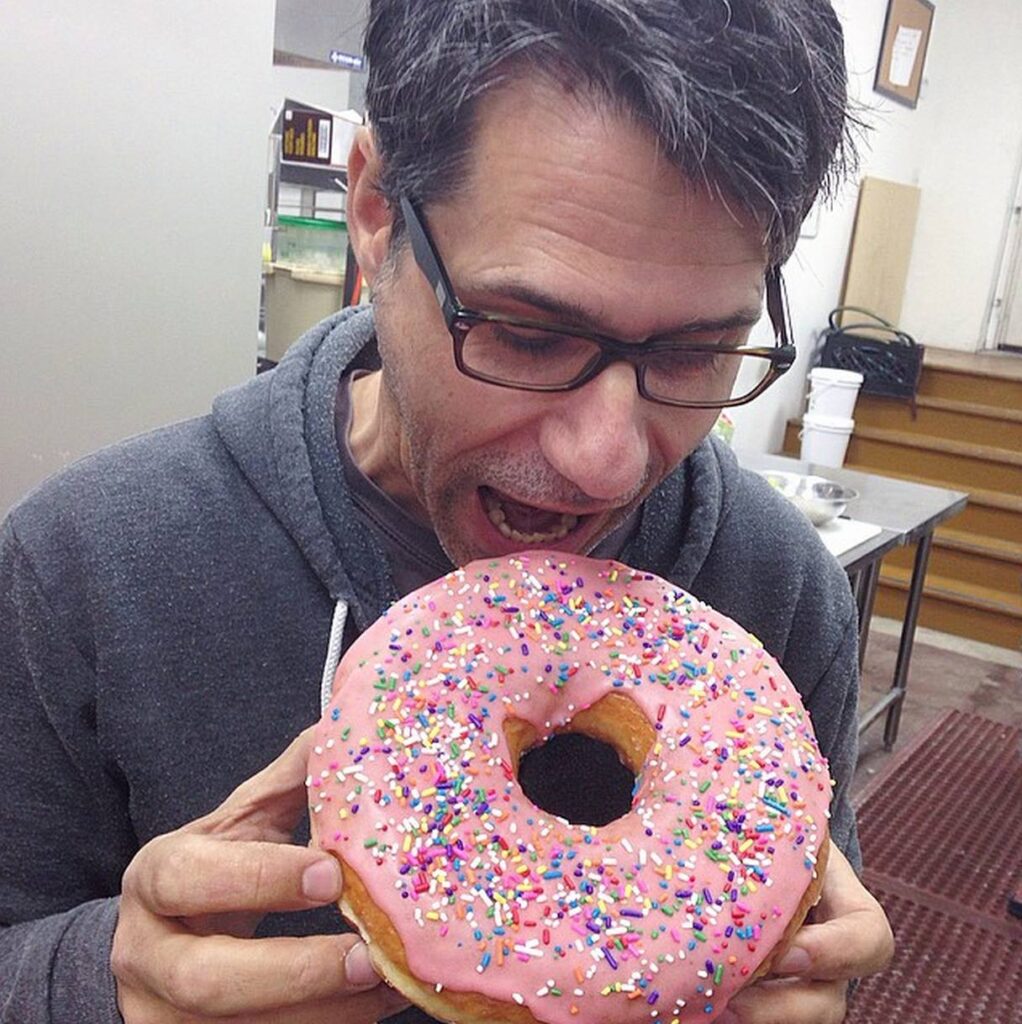 Donut Friend was founded in 2013 by music industry veteran Mark Trombino. Over his 20+ year career, Mark engineered and produced many multi-platinum records including the breakout albums “Dude Ranch” by Blink-182 and “Bleed American” by Jimmy Eat World.

Astounded by both the simplicity of the idea and that no one else seemed to be doing it, Mark began joking to his friends that one day he was going to quit the music business and open a donut shop. Eventually, that joke turned into a mission.

In his spare time, Mark began putting himself through a donut making boot camp. With the help of books and many, many YouTube videos, he honed his craft and began imaging what his version of a donut shop could be.

All donuts would be made to order. Guests would walk a line of freshly made donuts and decadent fillings and toppings, selecting what they wanted to create their very own donut masterpiece.

His donut shop would be more than a breakfast destination. It would stay open later and become a late night indulgence. Guests would find a full selection of donuts right up to closing, ensuring the experiences at 10am and 10pm were exactly the same.  Most importantly, while he would elevate the donut, it would be accessible to everyone. His shop would provide the best possible experience at the most affordable price.

Finally, he wanted his shop to be a place all of his friends could enjoy, including those who were vegan. He decided to make the entire menu secretly vegan.

In 2011, Mark decided to put his music career on pause to focus full time on making Donut Friend a reality. In September of 2013, Donut Friend’s first location opened in Highland Park, California. With a focus on interesting flavor combinations, punny donut names, and guest customization, Donut Friend quickly found an audience and the attention of the press.

Never forgetting the importance of simplicity and quality, Donut Friend has outlasted the new wave donut trend in Los Angeles and is a growing company.  A second location, located in the Theater District of Downtown Los Angeles, opened in 2019. One year later, after Mark turned his attention towards making the perfect plant-based ice cream, Donut Friend opened Creamo, a sister concept with a menu of ice cream and milkshakes based on popular Donut Friend flavors.

A lot has changed in the nine years since Mark opened the first location, but Donut Friend is still committed to providing our guests with an elevated but accessible plant-based experience, all made by hand, using high quality ingredients, and served by a friendly staff.

This is what we mean when we say “Donuts (and now ice cream) Done Differently!”.

what makes us unique

All of our products are exquisitely made in house by hand, in small batches every single day. These aren't factory farmed donuts!

Half the sales from our Compassion Fruit donut are donated to a different non-profit every month!

Nothing we make uses animal products of any kind. Our menu is entirely vegan and cruelty free! 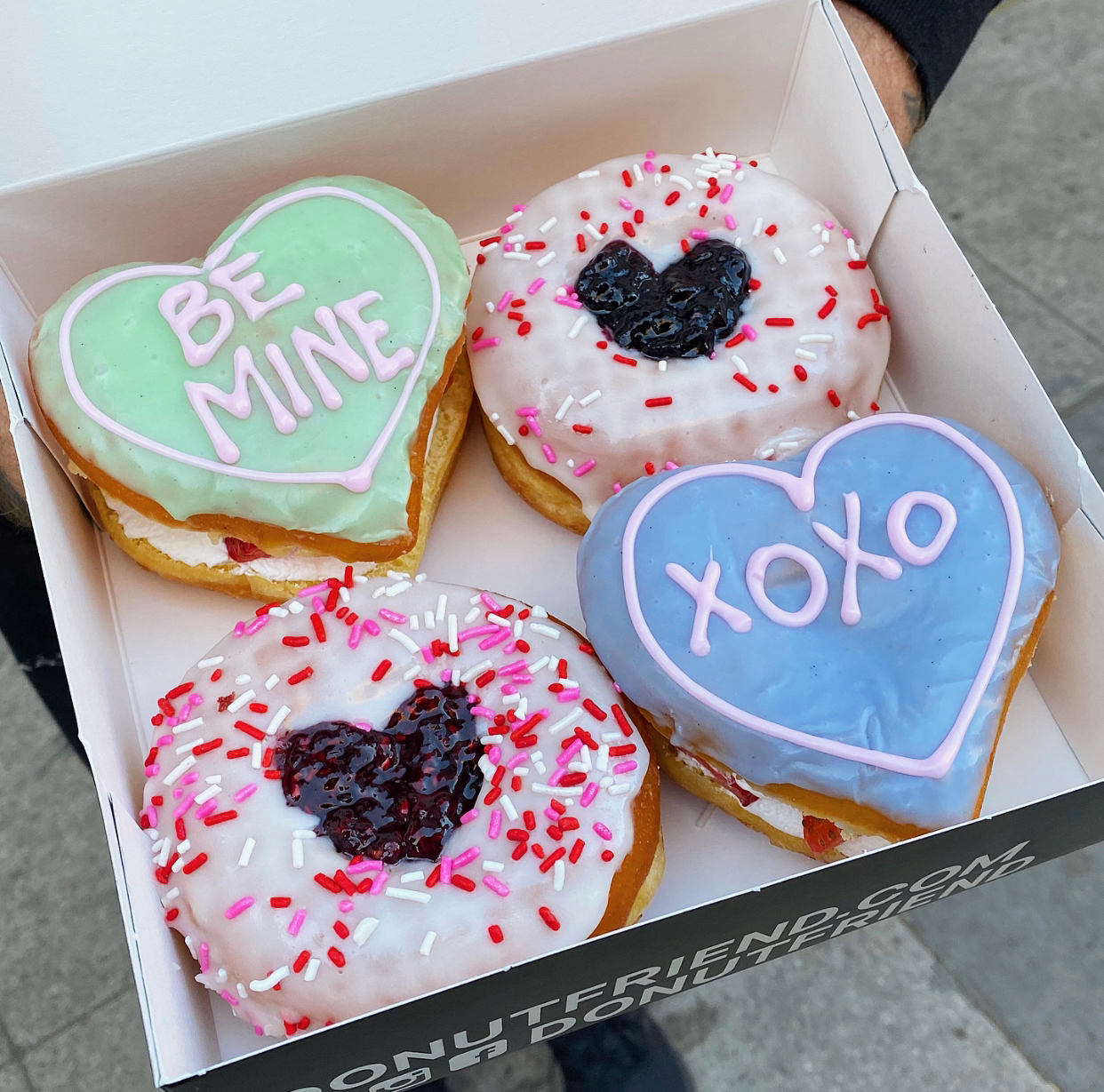 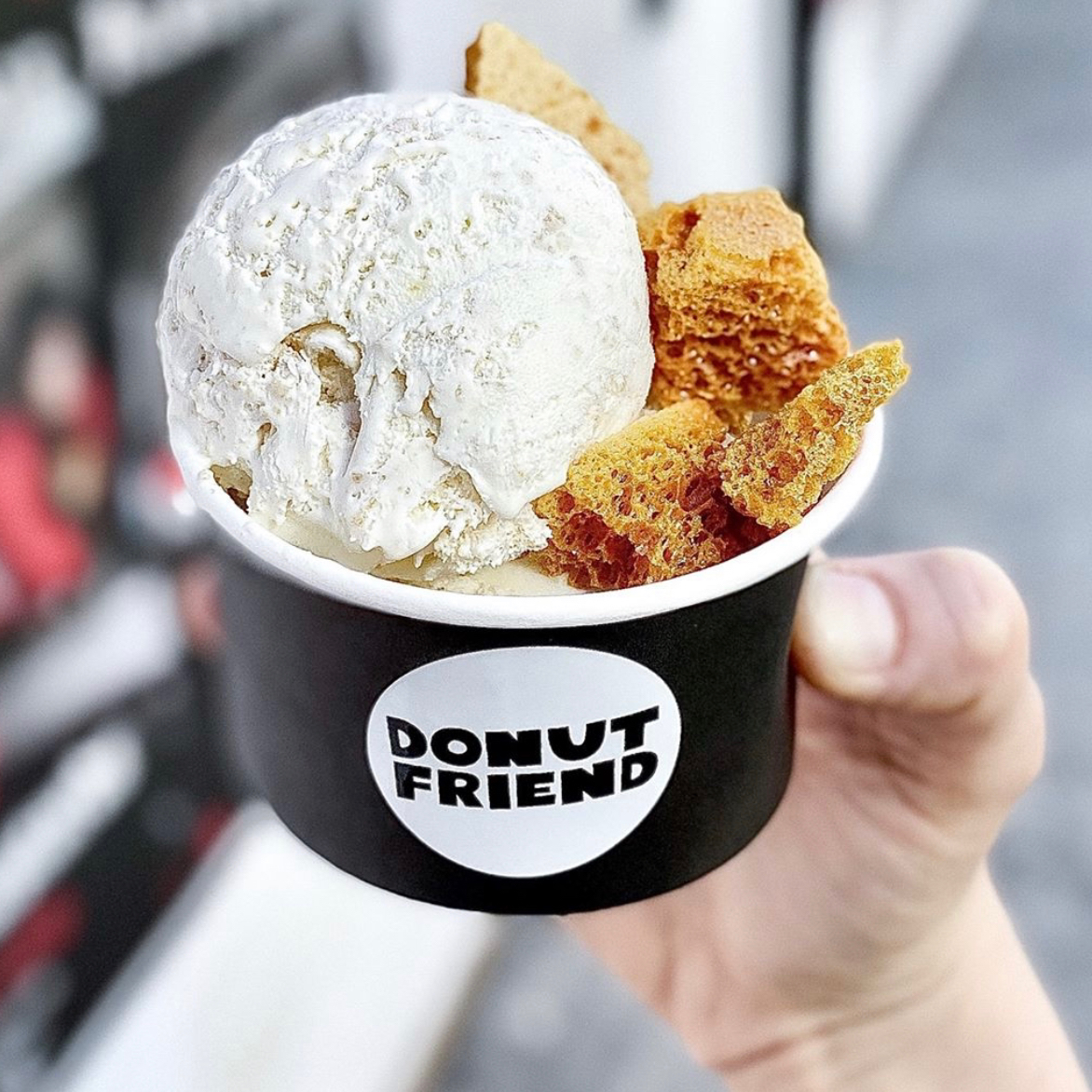